So You Think You Can Dance Wiki
Register
Don't have an account?
Sign In
Advertisement
in: Seasons, Season 7

Season 7 of So You Think You Can Dance premiered on May 27, 2010. Lauren Froderman was crowned America's Favorite Dancer, with Kent Boyd as runner-up.

Nigel Lythgoe had announced that Season 7 would instead have a Top 10 rather than a Top 20, but this later changed to a Top 11. Another change was that the Top 11 were paired up with past So You Think You Can Dance all stars instead of being paired up with fellow contestants. A single dancer was eliminated every week and the all stars rotated and danced with a different contestant each week. The number which viewers call to vote for their favourite dancer(s) also changed from 1-866-TEMPO## to 1-888-6BEST##.

Mary Murphy stepped down from her main judging position, although she came back and guest judges for Vegas Week and made an appearance during the finale. Adam Shankman returned as a main judge with Lygthgoe while Mia Michaels came to replace Murphy. 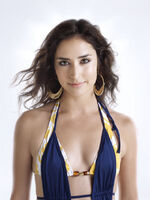 Season 7 featured some of the most popular contestants of So You Think You Can Dance. Each All-Star was paired up with a different contestant every week and they only danced in their own genre.

The All-Stars Dance Pool features some of the best and most popular dancers that have been featured on previous seasons. They acted as partners for the top eleven contestants this season, and rotated every week. Each of the dancers represents one specific style of dance and only danced in that genre with a partner. They did not choreograph any routines but learned them just as the contestants did.