So You Think You Can Dance will continue to its old format of auditioning dancers from ages 18-30. The judging panel is executive producer Nigel Lythgoe, ballroom expert Mary Murphy, and returning member Vanessa Hudgens. Cat Deeley continues her role as host for a fourteenth consecutive season.[1]

Open auditions were held in two cities, New York City and Los Angeles in March 2018. The judges were joined by tWitch of Season 4 as a guest judge during the auditions, he became a permanent judge on the live shows as well.

During the Academy, held at the Dolby Theatre in Los Angeles, California, 70 dancers competed for the coveted Top 20 spots for this season. The dancers first took the stage in solos to show the judges what they have to offer. 54 dancers remained for the next round: Hip Hop with Tabitha and Napoleon (NappyTabs) D'umo. The remaining 45 dancers showed off for Ballroom with Jean-Marc Genereux Cha Cha routine. However, Zoe Zimmerman, one of the 45 dancers, was unable to remain in the competition due to injury. In the next round, the dancers were tasked with a Travis Wall Contemporary piece and after the round, only 33 dancers remained. The dancers were split into their respective styles (Tap, Jazz, Ballroom, Contemporary, and Hip-Hop) and choreographed 1 8-count piece and all the dancers learned a Jazz routine from Mandy Moore. The groups then performed and came together to finish with the Jazz group. 27 dancers remained and they danced for their lives in a solo round. After everyone was finished, they were told if they were in the Top 20. Nigel than revealed that only the Top 10 will move on to the Live Show. The dancers will be paired with an All-Star and made to dance outside their style. 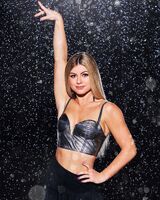 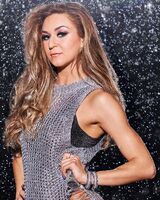 Retrieved from "https://soyouthinkyoucandance.fandom.com/wiki/Season_15?oldid=15336"
Community content is available under CC-BY-SA unless otherwise noted.