Ricky Ubeda is the winner on season 11 of So You Think You Can Dance. His genre is contemporary.

Ricky started dancing at the age of 9 didn't get any technique training until the age of 12.

Ricky was paired up with Jessica Richens for the first live show of the season. They danced a contemporary choreographed by Sonya Tayeh to "Vow" by Meredith Monk.

In the package, the pairs must interview each other in 10 seconds. Ricky is paired up with Valerie Rockey and they perform a contemporary choreographed by Travis Wall to "Oh Darling" by Gossling.

In the package, dancers must reveal something America didn't know about their partner. Valerie and Ricky performed a Viennese Waltz choreographed by So You Think You Can Dance alumni Lacey Schwimmer to "I Won't Give Up" by Jason Mraz.

In the package, dancers must tell viewers something their partner would bring to the Top 10. Ricky and Valerie performed a hip-hop choreographed by Christopher "Pharside" Jennings and Krystal "Phoenix" Meraz to "Turn Down For What" by DJ Snake & Lil Jon. Later in the show, Ricky performed a contemporary piece choreographed by Travis Wall with Rudy Abreu, Teddy Coffey, Emilio Dosal, Zack Everhart, Serge Onik, and Casey Askew.

Ricky and all-star partner Anya Garnis performed a cha-cha-cha choreographed by Jean-Marc Genereux to "Dare (La La La)" by Shakira. He was also reunited with partner Valerie Rockey and they performed a Spencer Liff Broadway to "I've Got The World On a String" by Frank Sinatra. He performed a contemporary solo to "My Tears Are Becoming A Sea" by M83 as well.

Ricky reunited with Meet the Top 20 Week partner Jessica Richens and they danced a Ray Leeper jazz to "F for You" by Disclosure feat. Mary J. Blige. He also danced a Sean Cheesman African jazz with former partner Valerie Rockey to "Voices of Savannah" by DJ Chus and a Pharside Jennings & Krystal Meraz hip-hop with Zack Everhart to "The Antidote" by District 78. Ricky and all-star partner Kathryn McCormick performed a contemporary choreographed by Stacey Tookey to "Not About Angels" by Birdy. He performed a contemporary solo to "Skin & Bones" by David J. Roch as well.

For judge Debbie Allen's pick, Ricky reunited with Valerie Rockey to perform their Week 4 hip-hop routine choreographed by Pharside Jennings and Krystal Meraz to "Turn Down For What" by DJ Snake & Lil Jon. For Ricky's pick, he performed his Top 20 showcase week Sonya Tayeh contemporary with Jessica Richens to "Vow" by Meredith Monk. For Adam Shankman's pick, Ricky performed his Week 8 hip-hop routine with Zack Everhart choreographed by Pharside Jennings and Krystal Meraz hip-hop to "The Antidote" by District 78. He finished up the night with Valerie performing their Travis Wall contemporary from Week 2 as host Cat Deeley's pick. Ricky was then crowned as America's Favorite Dancer.

Feb 2015 - As part of his winning package Ricky joined the cast of On the Town on Broadway. He then went on to be cast as Mister Mistoffelees in the Broadway revival of Cats the Musical. 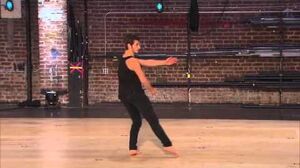 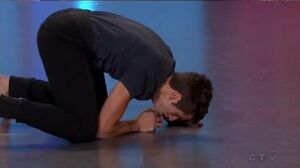 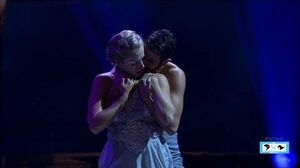 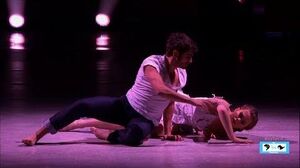 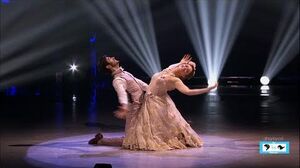 Retrieved from "https://soyouthinkyoucandance.fandom.com/wiki/Ricky_Ubeda?oldid=15265"
Community content is available under CC-BY-SA unless otherwise noted.