So You Think You Can Dance Wiki
Register
Don't have an account?
Sign In
in: Animation, Dancers, Season 10, Top 18

Jade "Soul" Zuberi was a contestant on season 10 of So You Think You Can Dance. His genre is Animation. He withdrew from the competition due to an injury on July 9, 2013.

Dancing for over 10 years Soul has only been in the game for 4 years since 09 finding his 1st love as "Poppin" making his debut at Troy, MI's "Ride The Boogie" and advancing to top 8 which was a big deal for someone who just started at that time. Now making a monumental mark in the state of Michigan & region of the Midwest Soul has become quite a name that many dancers have either feared or have become close allies with on & off the battle field. Soul is known for his musicality, versatile & polished skill but Soul is more known over the country now for his soulful & raw style in his dance. Being inspired by such talents that has sparked him to take on the dance world full fledged and further today such as (Gene Kelly, Fred Astaire, Michael Jackson, Mr. Wiggles, Popin Pete, Sketter Rabbit, Dancin Dave, Krazy Bones, Slim Boogie, Boogie Frantick, Monsta Pop, John Doe, Ben, UK, Poseidon, Flow, We Whum, Veusty & many more.) Soul continues to explore & search for more knowledge to make him into a better dancer everyday. One of the most passionate, self driven & soulful dancers Soul has inspired many dancers in the scene from just the little amount of years he has been in the game & continues to do so. Representing the crews of God Children of Soul, the famous Soulbotics Krew & the elite all styles crew Ill Minded Stylez which he founded back in 2010 which varies a variety of street dancers from all over the globe but has branched from Detroit, MI. Soul has accomplished many milestones in his 4 years of professional street dancing from traveling & teaching workshops to judging in the Midwest & battling in Canada. Now recording his biggest accomplishment in his dance career is winning Battle Fest 17 Season 5 out in Brooklyn, NY against veteran street dancer "Stepz". A leader amongst his generation Soul hopes to reach out further over seas to inspire more dancers & express to the world how much God has been a blessing to him in his life. Soul is definitely climbing to the top of the bracket of becoming one of the best in the game and at such a young age but still always seeing his self as a student to the game & art before anything else.

Jade Zuberi was revealed to be in the top 20, along with fellow Animator, BluPrint Hector. The two joined forces with Animation choreographer, Christopher Scott, for a mezmerising Animation duet. The judges love the routine and commend both of them for blowing everyone away. Later on, Jade performed a Contemporary/Animation group dance with the top 10 guys, choreographed by Christopher Scott. Jade's last dance was a Jazz group dance with the top 20, choreographed by Sonya Tayeh.

This week, Jade danced a Funk Jazz group dance, choreographed by NappyTabs. Later on, Jade was revealed to be paired up with Contemporary dancer, Malece Miller. The two joined Travis Wall, for an intense Jazz duet. The judges commend Jade and Malece on their style and acting.

This week, Jade performed a whimsical Broadway  group dance, choreographed by Tyce Diorio. Jade appeared to be in the bottom, and had to perform a solo, along with Carlos Garland. Meanwhile, he danced a Bollywood duet with Malece, choreographed by Nakul Dev Mahajan. The judges enjoy the cute and fun factor that the two brought to the dance. Later on, Jade was saved, and the judges eliminated Carlos.

This week, Cat Deeley announced why Jade was not in the group routine. Because Jade Zuberi injured his miniscus a few years ago, he tore it in rehearsal, and has to withdraw from the competition. 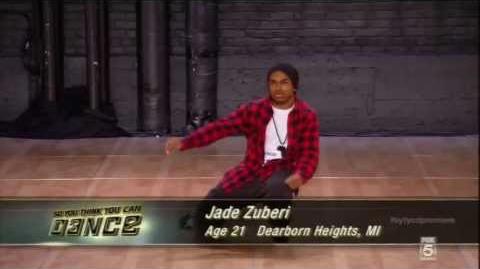 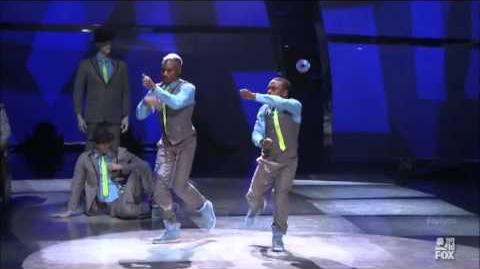 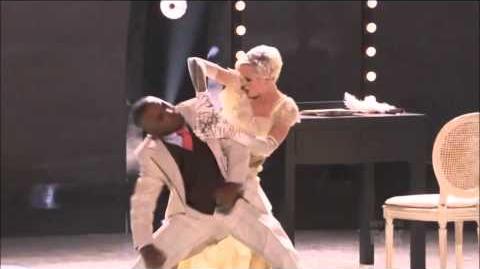 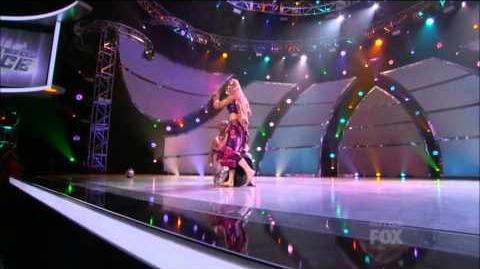 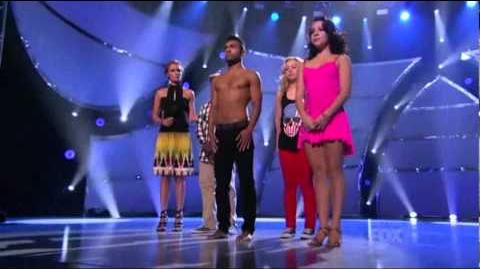