So You Think You Can Dance Wiki
Register
Don't have an account?
Sign In
in: Season 11, Dancers, Ballet, Top 6

Jacque LeWarne was a contestant on season 11 of So You Think You Can Dance. Her genre is ballet. She was eliminated on August 20, 2014.

Jacque started dancing at the age of 3. She is currently a ballet student at the School of Classical Ballet and Dance in West Des Moines, Iowa.

She trained under Serkan Usta and Lori Grooters at the School of Classical Ballet and Dance (SCBD) in West Des Moines and was a trainee with Ballet Des Moines II during the 2013-14 season. She also trained with the Boston Ballet in 2012. Jacque danced in Ballet Des Moines’ The Nutcracker from 2005-2013 performing as the Dew Drop Fairy, Mirliton, Soldier Doll, Clara, and Snow Queen, among others. Jacque has also danced the role of the Wicked Witch in The Wizard of Oz (2012); Princess Alice in Alice in Wonderland (2011); an attendant in Giselle (2010) and performed in the “Uganda” dance. In 2009, she performed in “Stars and Stripes” for the spring showMomentum for Ballet Des Moines. In 2007, Jacque played the role of Clara in the Broadway show Radio City Christmas Spectacular Starring the Rockettes. She has competed in the Youth American Grand Prix (YAGP) in 2009, 2010, 2011, and 2012.  She placed 3rd in Contemporary Senior Division 2011 and was a top 12 finalist in Classical 2009, 2011, 2012 and Contemporary 2011, 2012.  She was a finalist for the New York finals of YAGP in 2011, 2012 and competed in the New York Finals in 2011.

Jacque was paired up with Jourdan Epstein for the first live show of the season. They danced a ballet routine choreographed by Marat Daukayev to "Pas de Deux - Black Swan - Tchaikovsky" by Richard Bonynge & The London Symphony Orchestra.

In the package, the pairs must interview each other in 10 seconds. Jacque is paired up with Zack Everhart and they perform an African Jazz choreographed by Sean Cheesman to "Dibiza" (Kick Ass Mix) by Danny Tenaglia.

In the package, dancers must reveal something America didn't know about their partner. Jacque and Zack performed a hip-hop choreographed by Keoni and Mari Madrid to "Stay With Me" by Sam Smith.

In the package, dancers must tell viewers something their partner would bring to the Top 10. Jacque and Zack performed a Paso Doble choreographed by Jean-Marc Genereux to "A Cool Cat in Town" by Tape Five feat. Brenda Boykin. Later in the show, Jacque performed a contemporary piece choreographed by Mandy Moore with Carly Blaney, Bridget Whitman, Jessica Richens, Valerie Rockey, Emily James, and Tanisha Belnap.

Jacque landed in the Bottom 4 but was not eliminated.

Jacque landed in the Bottom 4 but was not eliminated.

In the package, dancers must talk about the dancer/person who inspires them the most. Jacque and all-star partner Stephen "tWitch" Boss performed a hip-hop choreographed by Dave Scott to "Slave to the Rhythm" by Michael Jackson. She also performed a ballet solo to "Nocturne in C Sharp Minor, (Op. Posth.): Lento" by Dejan Lazic & Pieter Wispelwey.

Jacque and all-star partner William Wingfield performed a contemporary choreographed by Sean Cheesman to "99 Red Balloons" by Sleeping At Last. She was also reunited with partner Zack Everhart and they performed a Jean-Marc Genereux Foxtrot to "Anything Goes" by Tony Bennett & Lady Gaga. She performed a ballet solo to "Boogie Woogie Bugle Boy" by The Andrews Sisters as well.

Jacque was eliminated at the end of the show.

April 2015 - Cast as Dorothy in Wizard of Oz production as a Professional Company Member of Ballet Des Moines in Iowa.

July 2015 - Jacque became a Degree spokeswoman and her dance modelling photos are featured in their Twitter campaign. 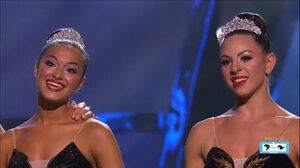 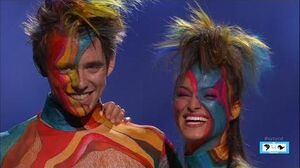 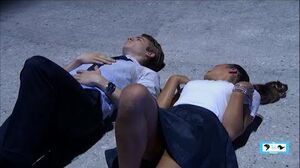