Emilio Dosal was a contestant on season 11 of So You Think You Can Dance. His genre is hip-hop/popping. He was eliminated on August 6, 2014.

Emilio started dancing at the age of 18. When he was twenty-one, he began to branch out to other styles.

Emilio first auditioned for season 10 in Los Angeles, California and made the Top 20 but had to withdraw prior to the live shows because of an injury that occured during rehearsal for the Top 20 group dance. He later returned for season 11.

Emilio was paired up with Teddy Coffey for the first live show of the season. They danced a hip-hop choreographed by Christopher Scott to "Nightshift" by Commodores.

In the package, the pairs must interview each other in 10 seconds. Emilio is paired up with Bridget Whitman and they perform a hip-hop choreographed by Luther Brown to "Work" by Iggy Azalea.

Emilio landed in the Bottom 6 but was not eliminated.

In the package, dancers must reveal something America didn't know about their partner. Bridget and Emilio performed a jive choreographed by So You Think You Can Dance alumni Anya Garnis and Pasha Kovalev to "Happy" by Pharrell Williams.

In the package, dancers must talk about their first dance recital. Bridget and Emilio performed a contemporary choreographed by So You Think You Can Dance alum Travis Wall to "The Leaving Song" by Chris Garneau. Later in the show, Emilio performed a contemporary piece choreographed by Sonya Tayeh with Brooklyn Fullmer, Casey Askew, Emily James, Serge Onik, Tanisha Belnap, Valerie Rockey, and Zack Everhart.

Emilio and all-star partner Jasmine Harper performed a hip-hop choreographed by Tabitha and Napoleon D'umo to "Get Low" by Dillon Frances.

Emilio was eliminated at the end of the show.

Emilio reunited with all-star Jasmine Harper to perform their Week 5 Nappytabs hip-hop to "Get Low" by Dillon Frances for judge Tara Lipinski's pick. 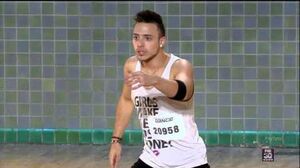 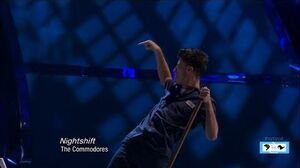 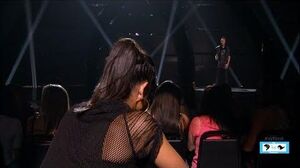 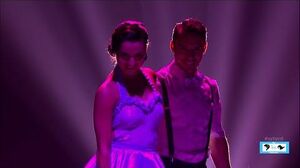 Retrieved from "https://soyouthinkyoucandance.fandom.com/wiki/Emilio_Dosal?oldid=15256"
Community content is available under CC-BY-SA unless otherwise noted.